The IURC team organised the panel discussion “Moving towards a circular economy in the development of Sustainable Cities” within the virtual conference “Road to Glasgow – Kunming “Combatting Climate Change and Biodiversity Loss in Malaysia” organised by the Delegation of the European Union jointly with WWF Malaysia. The conference was opened by the Head of the European Union Delegation to Malaysia, Ambassador H.E. Michalis Rokas, who emphasised the impact of climate change in Europe and Malaysia. The recent report of the IPCCC made very clear that climate change is a man-made disaster and that it can be reduced by bold and sustained reduction of greenhouse gases emissions – he said. “The time to act is now – we owe it to the future generations, and the costs of not acting are very high” – Ambassador Rokas said. He added that the global response to climate change implicates the transition of our economies and lifestyles towards more sustainable climate neutrality. “The EU is a frontrunner, a world leader in this transition, which we call The Green Deal”, he said.

Ambassador Rokas stated that the EU committed to becoming the first climate-neutral continent by 2050 and recently presented a package of proposals (fit-for-55) to achieve the intermediary target of reducing GHG emissions in 2030 by 55% compared to 1990. The new European budget (2021-2027) has earmarked 600 billion EUR for green investment, with the European Investment Bank to supporting climate financing, he said. “The transition will be an engine for innovation, job creation, and a tremendous economic opportunity”, Ambassador Rokas said. He emphasised that the EU has set aside a record share of funding for international cooperation to achieving a fair and inclusive energy transition, including the most vulnerable people. Ambassador Rokas referred to the unique biodiversity of Malaysia and to the video produced “The EU and Malaysia: Let’s Green the World Together” that was shared at the online event.

YBhg Datuk Zurinah binti Pawanteh, Secretary-General for the Ministry of Energy and Natural Resources Malaysia, delivered a keynote addressing the country’s actions on track to strengthening biodiversity and building resilience to climate change. Strategic partnerships have been established with the private sector, NGOs, indigenous people and local communities, she said. The Greening of Malaysia agenda aims at planting 100 million trees by 2025, Secretary-general said. The Covid-19 pandemics has affected the government’s capacity to finance climate action, thus global financial schemes and technology transfer are needed, she said.

The IURC project implemented panel 3 “Promoting and Developing Sustainable Cities” with a focus on circular economy solutions. The session aimed at exchanging views between European and Malaysian cities on how they may achieve a circular economy, thereby allowing societies to meet the targets of the Paris Agreement on Climate Action and the long-term goal of Greenhouse gas emissions reduction. The panel included a speech by Carlos Mendes, Director General of the Municipal Waste Agency “Maiaambiente” in Portugal, who introduced seven challenges and solutions to managing solid waste and to achieving a circular economy. The door-to-door collection has been improved by implementing the “Ecoponto em Casa” campaign, with RFID technology for smart routing solutions. To increase recycling, the municipality has opened five centres which are open every day. Maia has been the first municipality in Portugal to establish a financial incentive scheme for citizens to recycle more and produce less waste, Mr. Mendes said. He also emphasised the need to have an integrated management system across several city departments to achieve high recycling results (50% currently) and shared the benefits of the Bee2Waste platform.

YBhg. Datuk Ismail Ibrahim, Chief Executive of Iskandar Regional Development Authority, shared the comprehensive climate action framework of Iskandar, which has been recognised as a global benchmark by CDP in 2019 and 2020 due to leadership and transparency. Iskandar’s Comprehensive Development Plan recognises the importance of the policy ecosystem based on inclusiveness, resource optimisation and low-carbon development. “Economic growth alone can not be the benchmark of true growth and performance (…). A holistic approach is needed”, he said. Datuk Ibrahim introduced the pathway to low-carbon development implemented by Iskandar since 2009, including the Low Carbon Society Blueprint launched in 2012. At the COP21 in Paris, Iskandar renewed its target to reduce up to 45% in terms of emissions intensity of GDP by 2030 compared to 2005 levels, Datuk Ibrahim said. In the meantime, Iskandar Malaysia became the first city in Malaysia to comply with the GPC and has completed the Low Carbon Society (LCS) development cycle, with 60 actions completed and 214 ongoing, he said. The Iskandar region has increased its GHG emission intensity reduction commitment to 58% by 2025 with smart city as a comprehensive tool to achieve this. The Regional Development Authority (IRDA) is willing to support the establishment of a global research community for climate change adaptation for coastal ecosystems. Datuk Ibrahim referred to the role of solid waste and plastics reduction in the industry, and introduced.

YBhg. Datuk Hj. Rozali Mohamud, Mayor of Seberang Perai City Council, explained that the city has introduced the guiding principle of “City for all” to achieve inclusive development. The process of community engagement allows marginalised groups to be given equal chances to participate in the city’s development. This inclusive approach is crucial to implement the Circular Economy and Digital Economy Action Plan, Datuk Mohamud stated. He introduced three different pathways to transition to a circular city, including dissemination for awareness, understanding and action. Seberang Perai aims at becoming a smart sustainable (carbon neutral) city by 2030, and a zero-carbon city by 2050, Datuk Mohamud said. In order to achieve these targets, the municipal government has declared the Circular Economy and Digital Economy as the focus of economic development during and post COVID-19. In September 2020, the City Council has rolled out the Circular Economy Roadmap, with an emphasis on providing incentives for business and industry. Seberang Perai identified two “20-Minutes Neighbourhoods” where the needs of residents such as housing, offices, restaurants, parks, hospitals, recreational places and cultural places can be accessed within 20 minutes walking or cycling. “Shifting to walking, cycling and public transport will have a domino effect in carbon reduction and key to sustainable urban transport”, Datuk Mohamud said. The city’s commitment to achieving circular economy solutions has been illustrated by the high recycling rate (55,9%) which, according to Mayor Mohamud, is the highest in Malaysia.

Jacqueline Chang, Malaysia Coordinator of the IURC Asia-Australasia project, and Asih Budiati, Team Leader Asia of the EU project supporting the Global Covenant of Mayors for Climate and Energy (GCoM), introduced the main projects’ goals and milestones. In Malaysia, the IURC project will support partnerships among several cities / urban areas from Portugal, Italy and Malaysia. Cooperation will be focused on the circular economy as a result of the consultations held with Malaysian cities in 2020 within the IUC project. Through the GCoM Asia support project, the EU supports actions in eight countries, Ms. Budiati said. The project team and technical partners will train 20 Malaysian cities to calculate GHG inventories and to make climate risk and vulnerability assessments, she stated.

The panel discussion was moderated by Pablo Gándara, Team Leader of the IURC project for Asia and Australasia, who delivered an introduction to the circular economy pathways for cities focusing on the key environmental, economic and social driving factors. Technology disruptions like the Internet of Things and the fast digitalisation of cities’ services are unique enablers to achieving circular cities, he said. Citizens are increasingly sensitive to the environmental impact of products and policies, triggering a shift to sustainable solutions, Mr Gándara stated. He showcased some best practices from Europe, including EU-awarded recycled bricks for construction from Denmark and the European Circular Economy Stakeholders Platform. Mr. Gándara also shared online resources available to support cities’ transition to circularity developed by the Ellen Macarthur Foundation as well as by the Cities Circle Lab and the Sharing Cities Network.

The panel discussion was followed per Livestream by over 100 attendants mostly from Malaysia. 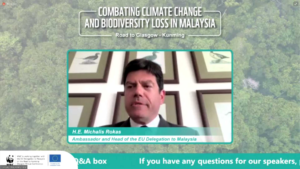 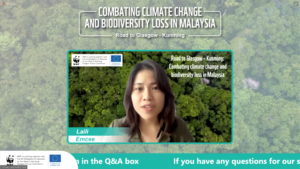 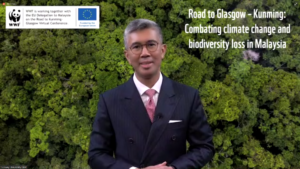 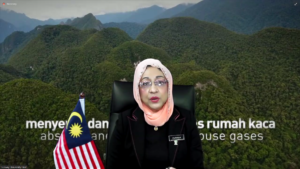 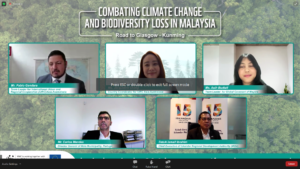 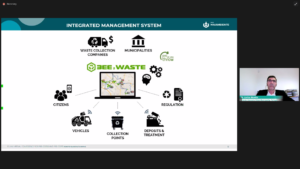 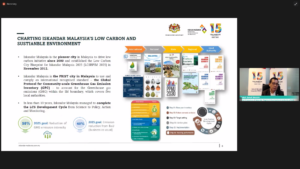 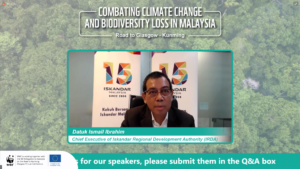 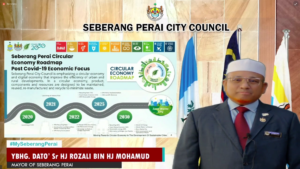 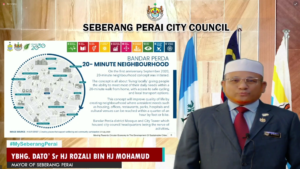 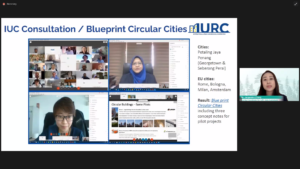 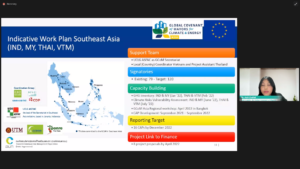 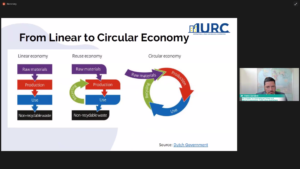