To provide an insight on the future of Regional Development outside of Europe, the IURC programme shared several examples of best practices in terms of international cooperation which contributed to the regional development of European and Latin American regions. This presentation was in the framework of the 30th year anniversary celebration of the European Association of Development Agencies.

During a session that highlighted the importance of the width of approaches to the different projects and experiences that were showcased in the event, Jaime del Castillo from the IURC Central Coordination unit, started his intervention by pointing out that one of the biggest mistakes of Regional Development strategies is to be too regionalist, looking only internally at single counties and regions such as the EU. Despite this, there are several examples of European and international projects committed to the creation of networks and cooperation: (i) EU fund which sustained a project that facilitates cooperation in Latin-American regions as well as between Latin America and Europe; (ii) Foreign Partnership Investment which managed the prolongation of the International Urban Cooperation initiative into the International Urban and Regional Cooperation Programme which is now gathering together 40 countries in 18 regions, and operating in three different areas of influence: North America, Canada, China and Asia. 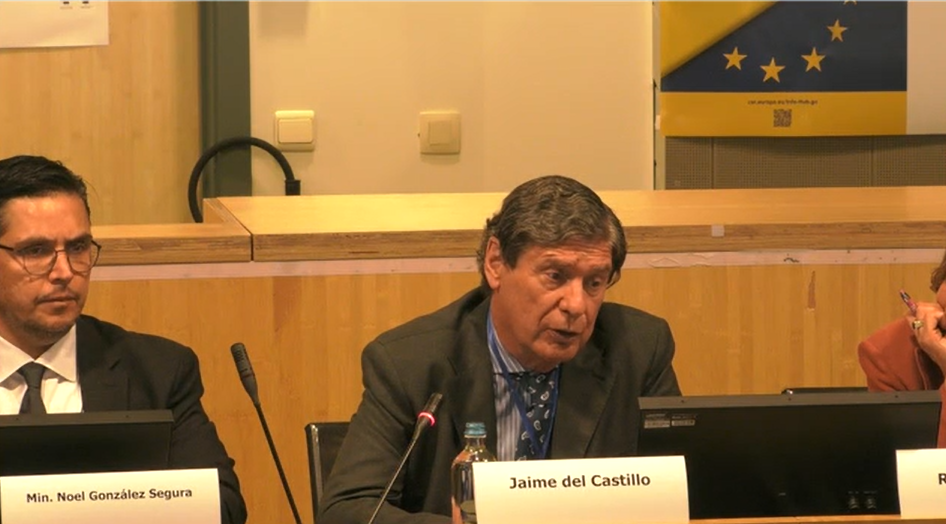 He pointed out that there are many cross-cutting challenges in comparing Latin American and European regions. These include (i) digital transition and smart cities, (ii) energy transformation and climate change, and (iii) post-covid recovery. However, there is also a lot of unexpressed potential that could turn into development opportunities for both regions thanks to the creation of thematic networks such as (i) ecological transformation and Green Deal, (ii) Urban and Regional Renewal and Social Cohesion, (iii) Innovation and Carbon Neutral Ecosystems and strategic sectors.

In light of successful examples of cooperation projects already developed, such as between Terra del Fuego and Finland, or Castilla y Leon and Cordoba in Argentina, the idea of promoting and opening up the network created in Europe also outside the region was developed and promoted.