The IURC Asia & Australasia continued to engage the project’s pilot cities in the Thematic Network of “Ecological Transition & Green Deal”, this time focusing on the topic of decarbonisation. The second thematic webinar for the project team organised by the help desk in Japan, which is provided by IGES, “Achieving Carbon Neutrality in Cities” aimed to share how cities are transforming themselves to be carbon neutral and to stress the power of city-to-city cooperation in the fight against climate change. It took place online on 19 October 2021.

Representing the European Union, Mr. Michel Mouchiroud, Deputy Head of the FPI Regional Team for Asia & Pacific, started the day’s conversation by highlighting that some 800 cities around the world had so far participated in the “Race to Zero” Campaign. He also pointed out that decarbonisation requires new policies, a new way of production and consumption, and, of course, access to green energy and that the IURC could serve as a facilitator for the cooperation between EU and Asian cities and the exchange of inspirations and innovative approaches among cities.

Helping to set the scene for the webinar was Mr. Togo Uchida, Executive Director of ICLEI-Japan, who presented the “Race to Zero” approach in Japan. He explained the “Ambition Loop” through multilevel governmental cooperation, where some leading local governments first committed to Zero Carbon by 2050 and then the national government immediately established a Council to push local initiatives, resulting in many other local governments following suit. To date, 464 local governments in Japan representing 88% of the country’s population had to date committed themselves to the zero carbon target by 2050. However, as impressive as these figures may seem, he noted that local governments also needed to revise their Territorial Mitigation Plans and ensure that their mid-term targets were ambitious enough and well aligned to achieving the 2050 targets.

Following the scene-setting were five presentations by cities and a social enterprise, offering best practices from large and medium-sized cities in Europe and Asia.  According to Mr. Sean Owen, Head of Low Carbon, Greater Manchester Combined Authority, Greater Manchester has set its ambition to be carbon neutral by 2038. Currently, all the 10 districts representing 1.2 million residents in Greater Manchester have declared a climate emergency that requires action. Mr. Owen emphasised that with carbon budgets, it was not the specific date that counts but rather the total amount of carbon emitted that matters. Across 2015-2019, the city’s emissions were above the budget and significant cuts must happen now. Transport and domestic heating are the two largest sources of carbon emissions. A whole systematic approach consisting of the “avoid-shift-improve” perspective needs to be adopted to transition away from the use of fossil fuel towards renewable energy, including hydrogen. For the next three years, Greater Manchester is seeking 113 million pounds in enabling investment that will turn into 750 million pounds of leveraged capital investment, which leads to 1 million tonnes of CO2 savings through a variety of projects.

Next up was a presentation by Ms. Yuko Ihara, Director for Environmental Policy, Environment Bureau, Osaka City Government. In the IURC, Osaka is paired with Greater Manchester to work on climate change issues. Before discussing Osaka City’s Action Plan for Global Warming Countermeasures, Ms. Ihara made an introduction to the “Expo 2025 Osaka, Kansai, Japan” that will feature ideas and innovations contributing to the SDGs. With the theme of “Designing Future Society for Our Lives”, the expo will feature an integrated resort attraction initiative, which will be powered by renewable energy. As for the Action Plan for Global Warming Countermeasures, she outlined the five concepts behind the “Zero Carbon Osaka” campaign. These concepts are: (i) a city enabling low-carbon lifestyles; (ii) a city filled with a mindset of decarbonisation and decarbonisation-first actions; (iii) a city in which new environmental technologies such as for new mobility services are well incorporated in various parts of the city system; (iv) a city of public-private partnerships and international networks; and (v) a city resilient to climate change and disasters.

Two speakers from Hamburg – Mr. Thomas Jacob, Head of International Projects, Senate of the Free and Hanseatic City of Hamburg, and Ms. Brigitte Köhnlein, Deputy Head, Hamburg Ministry for Environment, Climate, Energy and Agriculture (both also spoke at the “New Green Possibilities” Forum in July 2021) – presented the “Hamburg Climate Plan”, which aims to achieve 55% and 95% reduction by 2030 and 2050 respectively. Awarded the “European Green Capital” title back in 2011, Hamburg has set targets for 2030 for each of the four sectors: (i) private households, (ii) trade, commerce and services, (iii) industry, and (iv) traffic. It has prescribed more than 400 measures which require two billion euros of investment to achieve a four-million-ton reduction by 2030. The plan has identified the heating sector and energy efficient buildings as well as transport as key areas. For buildings, it promotes the retrofitting of non-residential buildings, high efficiency standards for new public buildings and solar mandatory requirements on new buildings. For transport, it promotes the expansion of public transport, cycling, bike sharing, e-mobility and logistics such as LNG infrastructure for trucks.

The last city to present was Umeå, represented by Ms. Annika Dalén, Strategic Development and Gender Equality Officer, Municipality of Umeå, who highlighted the intimate connection between climate change and social sustainability in general and gender equality in particular. The city hopes to increase its population from 130,000 to 200,000 by 2050. This vision specifically states that the growth has to be socially, environmentally, economically and culturally sustainable. For more than 30 years, Umeå has strived for gender equality, calling its method of work the “gendered landscape”. In its plan to reduce its consumption-based climate emissions to 2 tons of CO2 equivalent per person/year by the year 2040, it raises questions such as “What if men travelled like women?” and “Who do we target when disseminating technologies such as solar panels?” She concluded that challenging power, identity and norms is just as important as introducing new technology to reach climate neutrality. By looking through the gender lens, climate interventions can be more specific and efficient.

The last speaker was Dr. Boyd Jouman, Director for Climate, Energy & Resilient Environments, Borneo Organisation Ltd, who presented cases in Malaysia. One example came from Iskandar Malaysia, which developed the country’s first low carbon society blueprint. The aim is to reduce GHG emission intensity by 58% by 2025 based on the 2010 level with 12 actions and 281 programmes to achieve the target. As of last year, 65 programmes have been completed. Meanwhile, Penampang developed the Sustainable Energy and Climate Action Plan in 2019. Some interesting approaches include the Tegal System, or the indigenous way of protecting the river, and the focus on paddy conservation to ensure food security. Dr. Boyd concluded by emphasising the importance of integrating climate action plans into development planning systems and rigorously testing these plans before applications as well as of engaging citizens and the private sector to ensure impact.

After this webinar, a survey was sent out to participating cities to gauge their interest in cooperation as a cluster in an array of topics presented during the event. Clustering is a unique approach in the IURC programme to enhance cooperation impact. 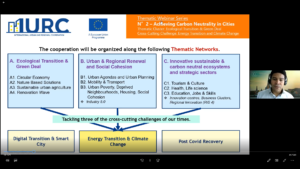 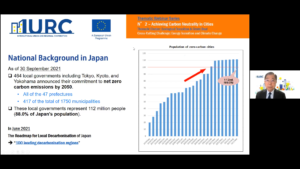 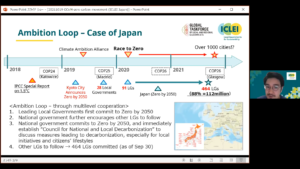 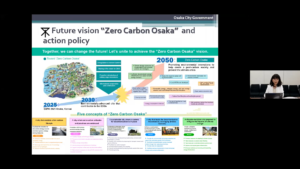 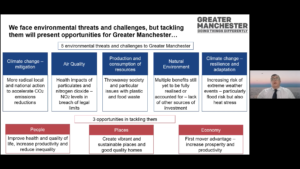 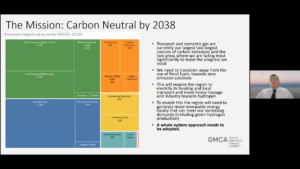 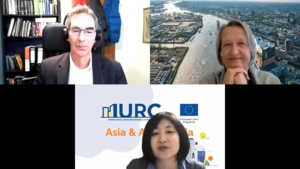 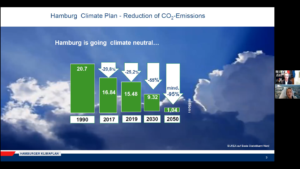 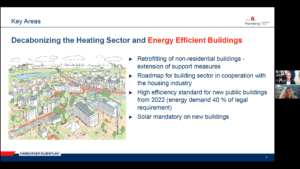 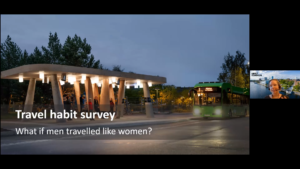 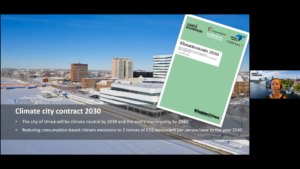 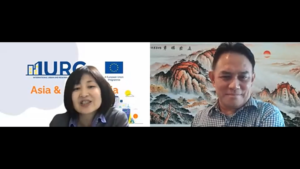 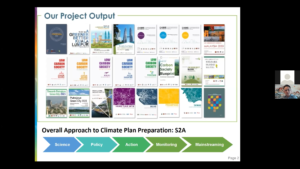 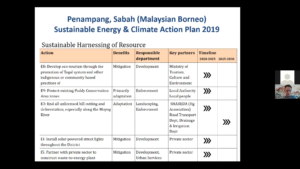 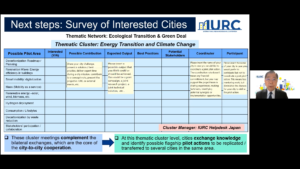 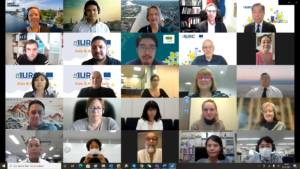